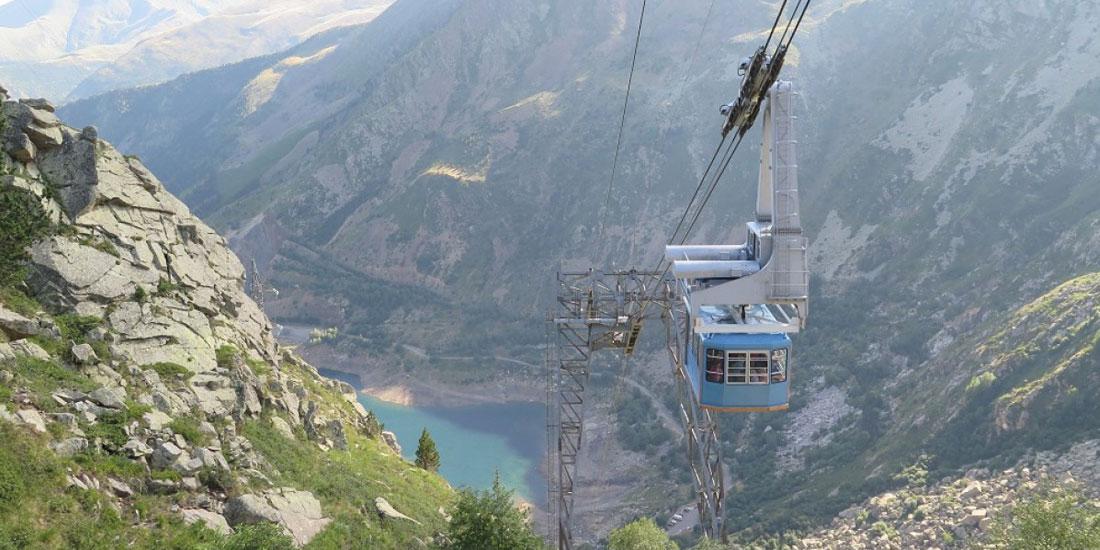 The cable car was installed in 1989 for the construction of the reversible power plant of Sallente, it can transport up to 25000 kg. Once the works of the Central have been completed, during the year it is used by the central workers. And in the summer season (from July to the end of September) it receives a tourist function.

The cable car is located in the reservoir of Sallente and allows us to save an altitude of 450 meters with a time of approximately 14 minutes. Once we have done this itinerary we will find Estany Gento about 2200 meters high, where we can find the Pallars Jussà gateway to the only National Park of Catalonia, the el d’Aigüestortes i Estany de Sant Maurici. From here, we can do different routes, depending on the time available and the difficulty.

We will discover the 32 lakes that we find in our area, in the middle of a magnificent mountain landscape.

You can also make the famous refuge route that is located inside the National Park, called “Carros de Foc”. The one in our area is that of Colomina.
If we like to make peaks we can reach peaks of almost 3000 meters, such as the Pic de Peguera or Montsent de Pallars.

Or if we are looking for a simpler or more familiar air (small children), we can make the greenway of the “Carrilet” a totally flat route that has an extension of about 5 km, which follows the roads that were built to transport with wagons, materials or people during the time of the construction of reservoirs and central reservoirs.

During the summer season, we have tickets to sell at the hotel for the operation of the cable car, where we offer our customers a discount.

On the Vall Fosca cable car webpage you will find all the updated information on the operation, rates and schedules of the cable car.