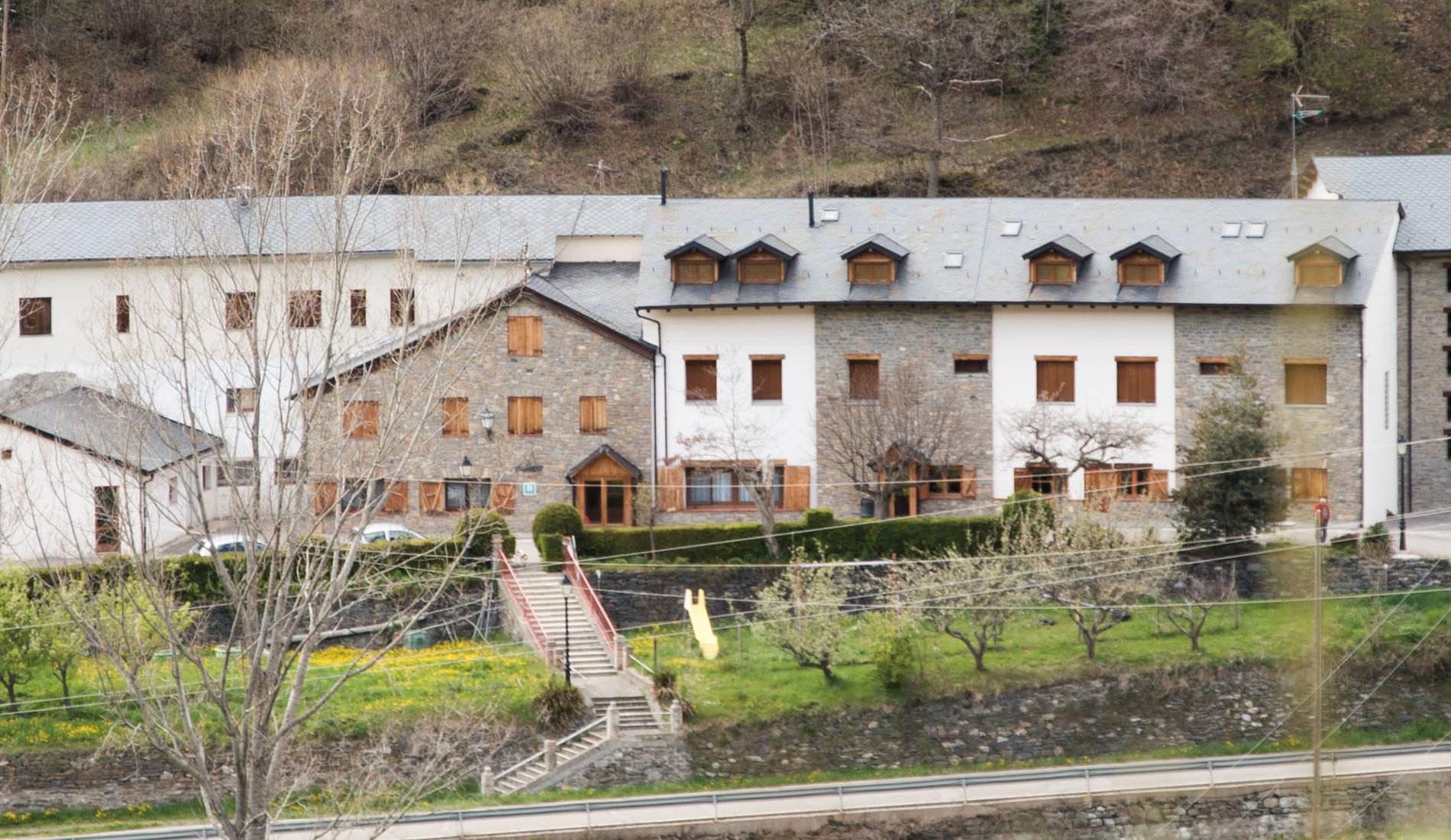 The Vall Fosca, located in the Pyrenees, in the north of the Pallars Jussà region, is a suggestive setting in which the water, the mountain, the most varied vegetation and different species of animals, live together harmonically.

The Flamisell River is the axis of the valley. During your journey we can enjoy a constantly changing landscape that will take us to the top of the Vall Fosca where there is the cable car that gives access to National Park d’Aigüestortes i Estany de Sant Maurici, and where we can visit more than 30 ponds

The hotel is located at a height of about 1300m, in the middle of a quiet area, surrounded by nature, with the imposing mountains of the lacustrine zone in the north direction, in front of it in the east, We find one of the highest peaks in the area of Montserrat de Pallars (2883m), which gives its name to the hotel, since it has always been called here “Montseny de Pallars” and where we also find the Triador pass.

In the west and the back of the Hotel, we find the mountains of the area of Filiá and finally in the southern part we find the view that forms the valley, since we are at the end and isolated from the populations (at 500 meters as much of Espui as the Central de Capdella).